A tremendous amount of time has been spent discussing Anglican Patrimony and what it might mean.   This blog has participated in that debate, for example in this blogpost and in a follow up to it here.

One particular feature of the Ordinariate Chrism Mass celebrated earlier this week reminded members of the Marylebone Ordinariate Group of something in their Anglican past that you might think would be very hard to fit into the category of Anglican Patrimony.

The deacons, James Bradley and Daniel Lloyd, who are both to be ordained priest at St Patrick's, Soho later this month, wore what looked like apparelled amices.  There is no reason why readers should know what these are, so if you don't know, it probably reflects better on you than it does on people like me who do.  Originally a decorated edge to the top of the amice, in some parts of Europe they evolved into separate collars, even as they fell out of use in Rome.  Here are Deacons Bradley and Lloyd last Monday, seen in one of the very fine Mazar photos of the day. 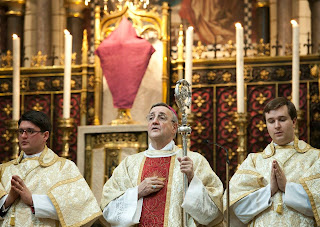 Apparelled amices became a feature of Sarum celebrations, and you can see traces of that around many of the grander buildings found in Anglicanism.  For example, these two archive photos from Westminster Abbey show how apparelled amices have survived there, as a vestige of a very old English use. 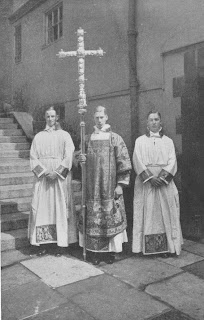 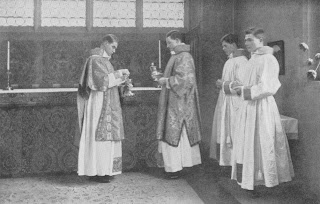 They survived outside Sarum though, including in places such as Milan and indeed in Spain, this latter connection making their use at St James's Spanish Place very suitable (St James's having originally been, in penal times, the Spanish Embassy chapel).

Talk of a Spanish connection, Anglican Patrimony and apparelled amices leads us back to St Mary's Bourne St, where the so called "Spanish set" of vestments, used usually on Marian feast days, includes apparelled amices.  Here are a couple of photos of them being worn in procession c.1992.  The eagle-eyed amongst you will spot that one of the clergy captured here in his Anglican days is Fr Nicholas Kavanagh, now one of the priests at St James's Spanish Place.  It's a small, small world. 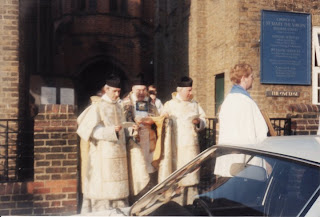 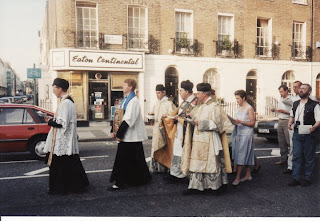 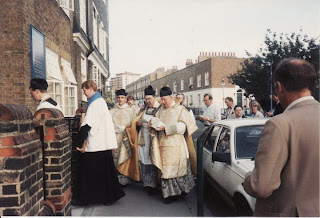 Posted by Marylebone Ordinariate Group at 07:45 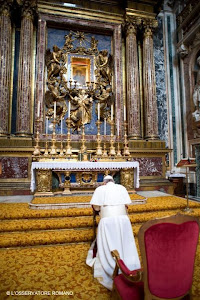 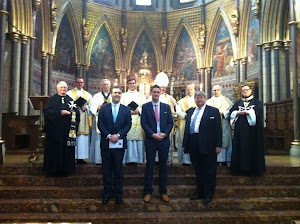 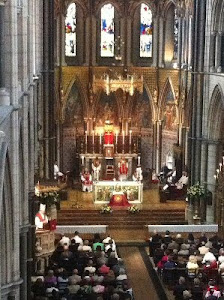 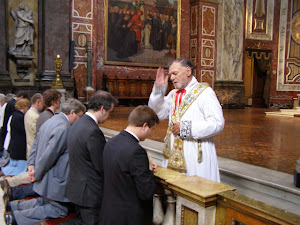 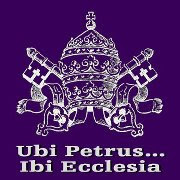 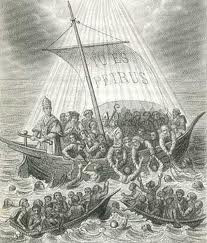 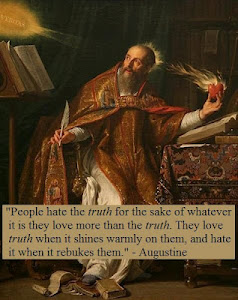 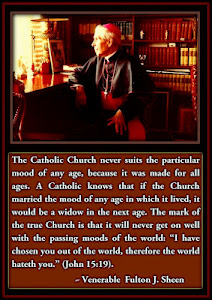 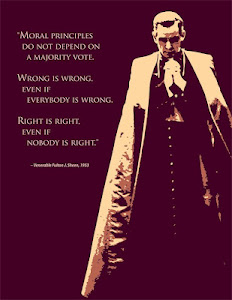 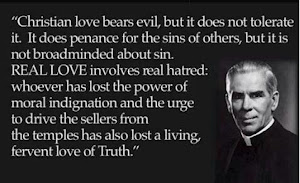 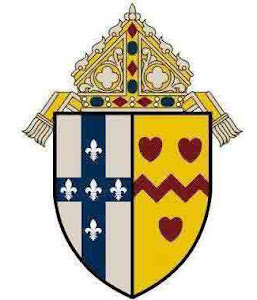